The Home Milk property had only one good building on it. It contained their offices and the big walk-in refrigeration room. Further back on the lot was a concrete slab about 3-4 feet high which they used to unload the big truck that brought in all their dairy products from Miami. Then these dairy products were reloaded to the smaller trucks that delivered around town to the different stores and restaurants. We decided this slab would make a nice recreation room so we raised columns around the edge and put a roof over it. We call it our pavilion and it has been the center for many happy events like marriages, a turtle race, square dances, bar-b-ques, birthday parties, holiday parties and pot-luck suppers.

When we bought the Nebo property it was a mess, a real mess. I had to evict a 'no good' guy who was in the junk business there. He took anything of any value and left us with the rest of the stuff. Fortunately, at that time the dump didn't charge to dump things off. We built a small trailer from a pickup truck body and fastened it to the back of our pickup truck. We too over a total of seventy-six loads of whatever. It was a big job. The Nebo buildings were about the worst constructed buildings you could imagine. Part of the main building was two stories high. I talked to one man that had attended a hurricane party there and there were so many people that he was unable to get upstairs when the whole place became flooded. The best he could do was stand part way up the stairs. He said he only got wet to his knees. I think that everyone that ever worked on it at its various stages of construction must have held a beer in one hand while trying to use a hammer or trowel in the other. Probably instead of cash, these so-called tradesmen were paid in booze.

After we purchased it we had to tear down most of Nebo's buildings before they fell down. We have preserved a small part for our maintenance building for the campgrounds. It sticks out into the street four or five feet but so far no one has suggested moving it (which is impossible) or tearing it down.

I ran into a man, Vincent Cremata, that used to work for the water company. He said he made good money working for Nebo's bar when he was a kid. Prohibition was on so smuggling rum from Cuba was where the big money was. Whenever the storm warnings went up, the Coast Guard would come in. That was the signal for the smugglers to go out. When they came back from Cuba with their demi-jons full of rum and each encased in a woven grass cover (so they wouldn't break when they were piled together) they would tie them in the mangrove across the bay on Boca Chica Key. Whenever the bartender needed more rum, Vincent's job was to take his row-boat, row across the bay to these mangroves and bring back as many jugs of rum as the bar-tender wanted. For a trip, he would receive $10.00 which was very big money for a kid at that time.

During WW2 ships from the Panama Canal and the Gulf are used to form convoys not far out of Key West. Some of the men that used to sail with these convoys were able to get into Key West for a last wild fling before they took off across the Atlantic Ocean. Oscar Nebo himself (he was my next door neighbor, so I go to know him quite well) told me how these men would come into his bar and just hand him a whole hand full of many and say "I'm leaving and may never come back so I want the works, but make sure I get on my ship before it leaves". Oscar would summon one of his girls and tell her that whatever this customer wanted to make sure he got and to make sure he was on this boat before it left. No records were kept of what the customer ate or drank. Oscar must have made a lot of money this way.

Related Articles
Our First Camper
Elsie and I were married June 25, 1947, and, in the fall, late in October, we were ready to go in our home-made camper. It was just big enough for two people and not just any tow people either...
Read More
Someone with a Good Idea
In the late part of 1962 I became aware of just such a piece of ground and it had riparian rights (it was on the waterfront). This land was a city block on Stock Island. In January 1963 we closed a deal with...
Read More
Stock Island
As time passed, I was able to purchase the land next to me. It was almost a necessary purchase because one Frank Smith had moved on there and started a junk yard...
Read More
More Kids in the House
Five kids, a wife, and a campground office are just too much to try and fit into a house trailer no matter how big it is. Although I wasn't ready financially or otherwise I had to build a house...
Read More
Outboard Motor Club
Although I was aware that the Key West Outboard Club was active just down the street now that we were filling the Bay Bottom we could watch their races. They had a world class race track laid out between Stock Island...
Read More
More Palm Trees
In 1987 Elsie and I moved off the campground and started our retirement. Lynn and Bob Jones moved out of their trailer in the far corner of the campground and into the house-office. Bob was now the full-time manager...
Read More
Here Comes Sant Claus, Here Comes Santa Claus
It was not long after we bought our first golf cart that the issue came up of what we could do at Christmas Time. It would be nice to do something to liven things up for the kids. After all, they were away from home, probably for the first time in th ...
Read More 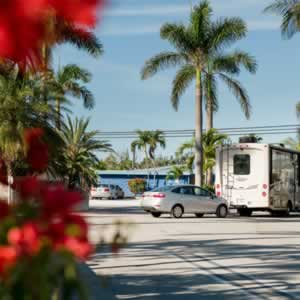 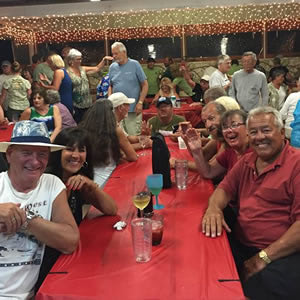 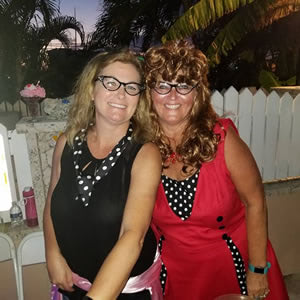 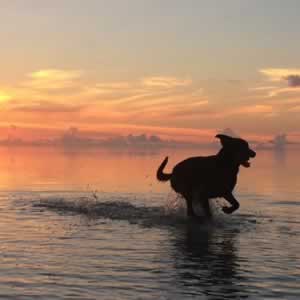 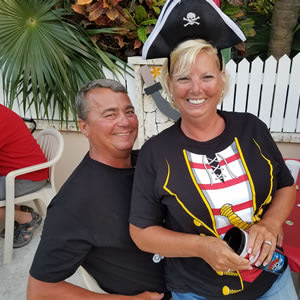